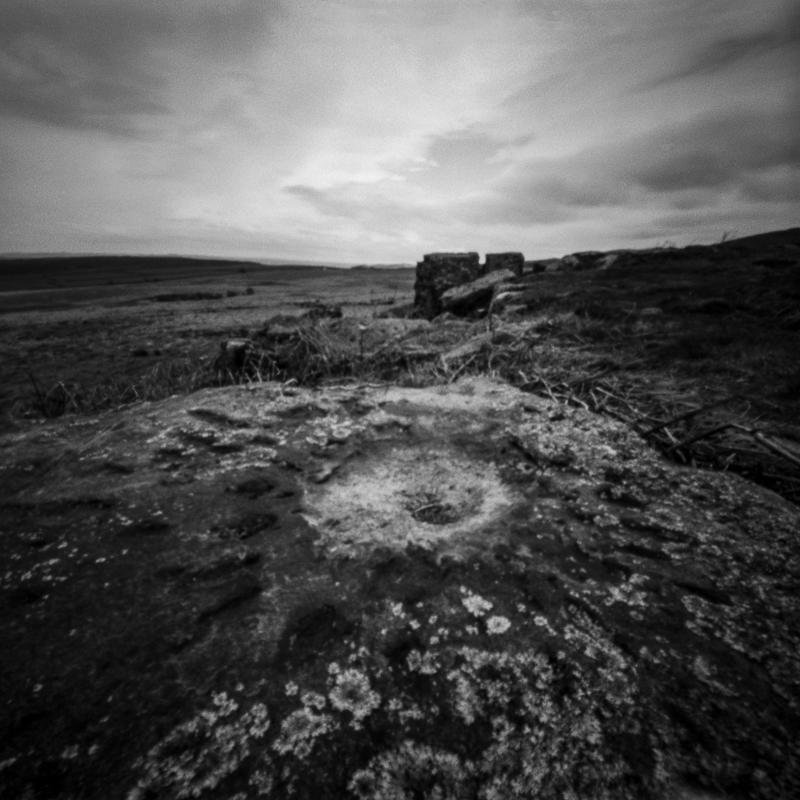 Impact crater from a  World War 2 mortar round that missed its target (the large stone out crop in background) on Big Moor on the edge of the Derbyshire Peak District.  It was on Big Moor that some American units practiced before the D-Day landings.  Just feet from this crater are several neolithic burial mounds and a couple of hundred yards further away there lies the remains of a small settlement.  The land is now given over to a nature reserve.