Monday saw me out on a long walk from Monyash, across to Alsop and then looping back round and up the entire length of Lathkill Dale to get back to where I started.  I wasn’t out for the photography per se, but I did take the big camera and tripod and was glad that I did for one shot alone.

If you look closely as you drive through the Peak District you will see all sort of lumps, bumps and depressions.  All of this is  evidence of mining, whether that’s bell pits or something more substantial like the mine and spoil around the Magpie Mine. When walking up Lathkill Dale it is a bit more subtle (in places) as the undergrowth covers a lot of the evidence.  A favourite of mine is a house that was built over the actual shaft of a mine, to stop people from stealing from it.  One of the consequences of this mining in Lathkill Dale is that it gave the water of the River Lathkill somewhere else to go, other than follow the river course.  Which resulted in the river running dry in the summer, it still does in the upper reaches, as the water fills the old mine workings before filling the river.  I have read of a proposal by English Nature, which I don’t how practical it is, which would involve sealing the river bed to stop the water going in to the mine workings.

I took this shot as I walked toward the uper reaches of the Dale, as the water went over a weir just behind me. 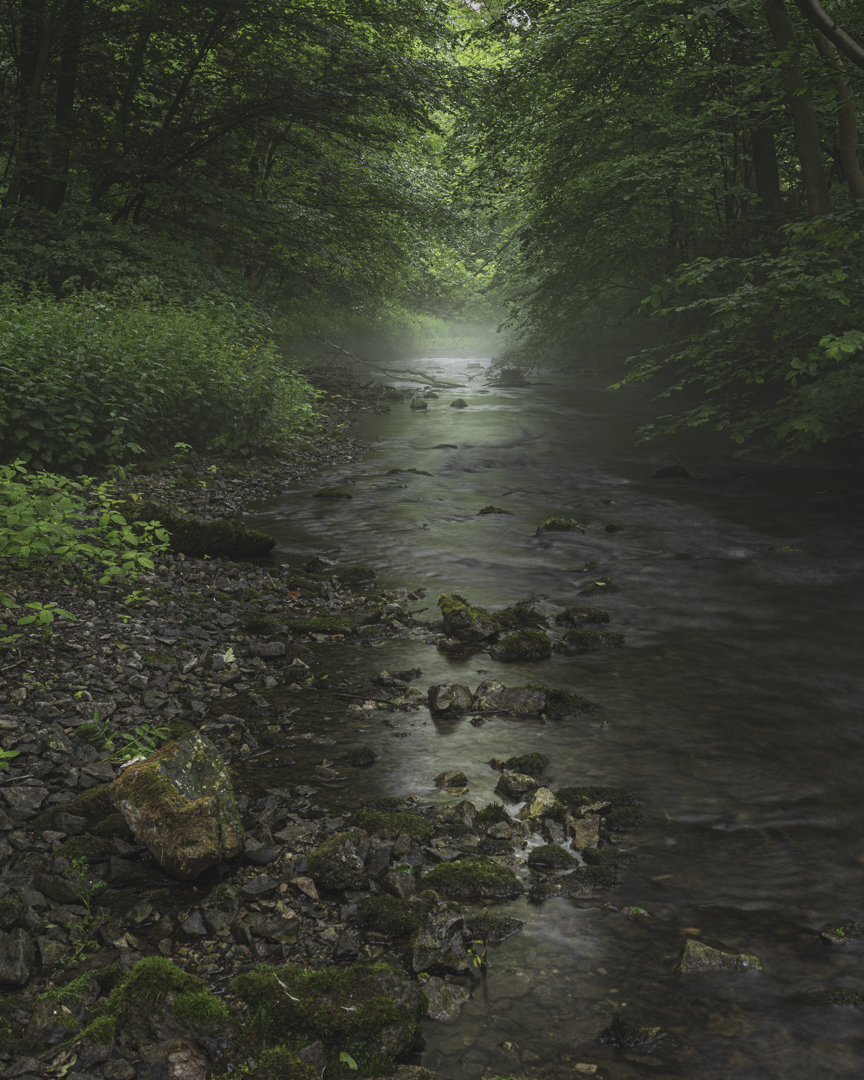