The Truth of Colour at Padley Gorge

I’ve finally got round to scanning the films and negs that I took at Padley Gorge back at the very end of October.  One of the things that makes (I feel) using film more challenging (and rewarding) than digital is the difficulty of trying to get a good exposure, there is a degree of skill that needs to be acquired in order to use film properly.  I’m not for a moment suggesting that I have that skill, as I don’t get out often enough I think to keep my eye in and be confident about clicking the cable release once and moving on.

One of the things that is beginning to interest me is colour intent , or put another way what sort of feeling can be conveyed through the use of colour.  During my visit to Padley Gorge in the Derbyshire Peak District I took the opportunity to try Fujifilm Velvia 50 and Kodak Portra 160 on the same scene.  Fujifilm Velvia 50 is a very rich and saturated colour slide film, well suited to rich Autumnal scenes that are wet.  When using it, I try to keep all of the image within 4 stops.  Kodak Portra 160 is a colour negative film that offers (I feel) a very muted colour palatte and it offers a great deal of dynamic range.  When using it I tend to find the darkest area that I want detail in and then under expose by 2 stops. e.g. 1/15 becomes 1/60  and so on. (Thanks to Tim Parkin for that advice).

Below are two shots, one in Velvia and one in Portra, both taken at the same spot and cropped nearly the same.  I think the colour rendition is best summed up as one of them will make an ideal greetings card  and the other a good print.  I wouldn’t say that one is less “honest” than the other.  At present I think I have a “Velvia eye” and a “Portra eye” where I can approach a scene and decide which works best and under what conditions. 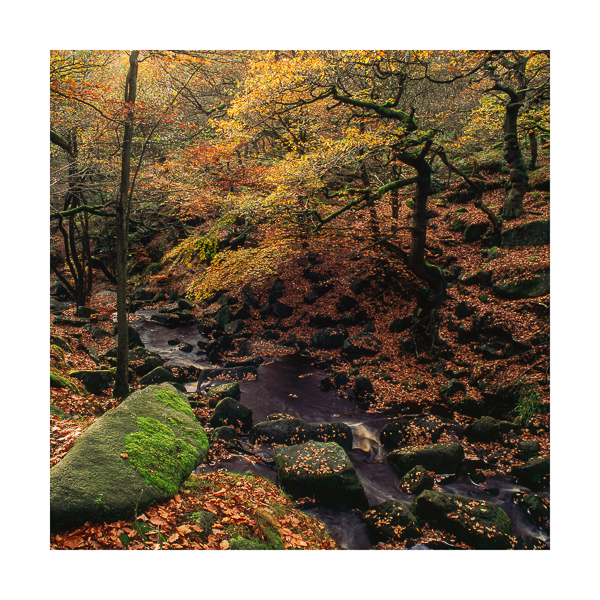 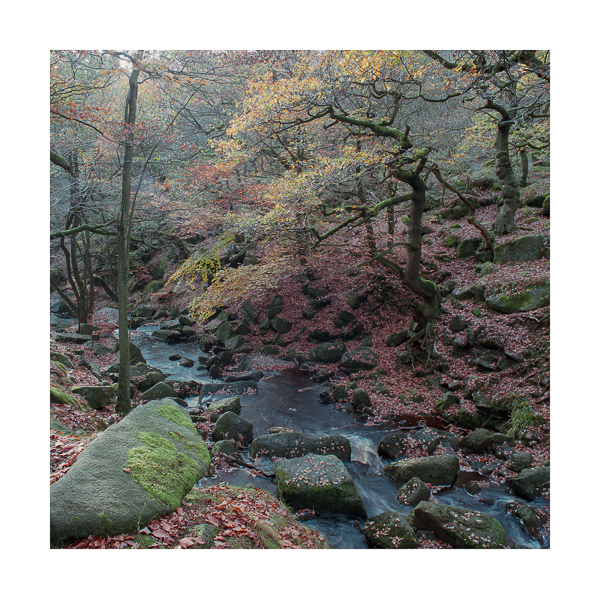