Out and about in Barbrook and Gardom’s Edge

Out and about in Barbrook and Gardom’s Edge

On Friday (6th of Jan) I managed to use my last day off of the Christmas and New Year holidays to go for a mini photography expedition some 20 minutes away from home in Sheffield.  The first stop was the Barbrook complex of stone circles and burial mounds up on the Big Moor.  Its a very barren place, but on Friday morning both the sky and the land were on fire with a most glorious orange light cast over everything.  Having been visiting Barbrook I and Barbrook II for nearly 6 months, with the fact that the bracken has died down I have observed other features off the beaten track, so I took the opportunity to explore these.  Looking at it from above on Google Maps you can discern a line of mounds extending from the Barbrook I stone circle (bottom right of map).  These appear to have been burial mounds, with two of them having apparently been excavated at some point (NB: This is conjecture on my part, I haven’t found anything yet that backs this up).

Photography wise, I was using my Bronica (with filters!) and my pinhole.  With the pinhole I have for sometime been shooting exclusively in 12 x 6 format, on this trip I switched between rolls of film to 6 x 6, always a format that has appealed to me, particularly for more intimate and up close shots.  I have had this concern whilst doing pinhole shots that given the height of most of the stone circles that the photographs may be getting a little nondescript, as with the exception of Nine Stone Close, most Derbyshire Stone Circles are quite low to the ground and its difficult I feel to convey the size and scale of these circles in the natural landscape.  Switching to 6 x 6 gave me the opportunity to get close to the detail of the individual stones and the plants around them – to try and put the circles and mounds in to context perhaps? Wet rock and frost covered fern. 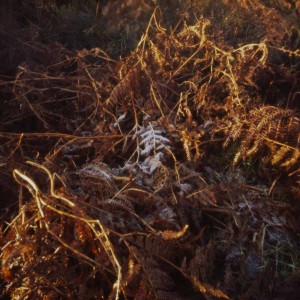 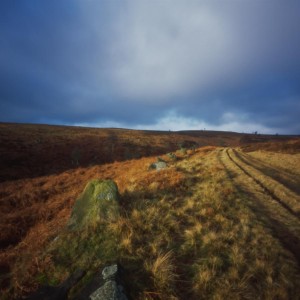 One of the things I am continually struggling with just now is creativity and vision.  I think I’ve got the technique bit done on the digital side of things – put me in the right place with the right weather I can churn out what the person next to me is churning out.  What I lack I feel is the creativity and the ability to convey emotion, a difficult thing to do in the photographic medium possibly.  I lack an arts background, so I lack the vocabulary most of the time to articulate what I want to convey, then again I think someone said “If you have to write about your photograph and its message you have failed”, so that might be a double edged sword!  This year I hope to really challenge myself.  I’m going on a workshop in February that I hope will help me push my boundaries and help me understand the art of photography and not just the techniques of photography. James Dyas Davidson sums it up better than I can in his blog post here.

After a frosty start, I moved a mere 100 metres to the Barbrook Stone Row, quite literally a row of 7 stones along an ancient track way. A difficult one to capture in pinhole, so I might have to go back and get closer to the stones, as even when you are a couple of feet away from the subject in pinhole it will appear about 4 times further away, so the rule that I need to start following is that you can never be to close.  What was more interesting for me, was a single up right stone down from the stone row, perfectly straight up and down, with what appeared to be cup marks on it.  I can’t find any additional information on this, but it just appears to be too “placed” for it to be anything but a standing stone. (NB: Again this is conjecture on my part).

A wander down the Barbrook took me to a fine subject of a silver birch tree that is ripe for revisiting throughout the seasons.  I just loved the fact that the band of bracken led the eye right round to the base of the birch.

After a quick lunch in Curbar at Outside it was back out for more exploring, this time along Gardom’s Edge.  I’ve not been here before, so it was a nice change from continually revisiting old favourites.  After a walk across boggy moor land you enter a birch wood full of moss-covered boulders, a place to come back to I think.  I visited “The Three Men“, which have a great view looking out over Baslow and the valleys below.  It was slightly blowy (understatement), so for the first time in an eternity I used the hook on my tripod with my pack to weigh it down.  Again looking at my results, I need to get closer, you just can’t get close enough with pinhole it seems. 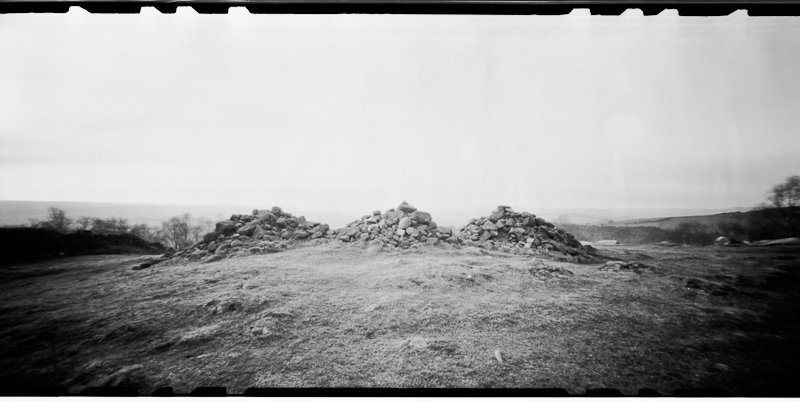 Some interesting information on Gardom’s Edge  is available here and here.

I went on to the cup and ring marked “stone” on the Edge.  I say “stone” as its actually a fibre glass replica of the original stone which is buried underneath the copy.  I’ve yet to develop the films from here, but hope they turn out good as its a special site, not that heavily visited, but often enough that the powers that be thought it best to protect it with the fibre glass copy on top.  As long as you don’t touch the copy the illusion remains complete 🙂

Finally, I went on to the standing stone on Gardom’s Edge – again a nicely under frequented site.  It was the end of the day and the sun was dipping so I took only one shot, but with a promise to return.  All in all a good day out in the field with some keepers as well.  Being a weekday the Peak District is almost a wilderness and those people you do encounter tend to keep their heads down and ignore you, I guess because they are as keen on having the place to themselves as I am (either that or they are down right rude! 🙂 ).  Having the day to myself also allowed me to take my time, I always feel constrained/guilty when I have family in tow.  Constrained because I can’t wait for the right light or sit and take a location in.  Guilty as 2 four year olds have a finite attention span and pinhole photography doesn’t go hand in hand with that and its their time out as much as mine.

After a fulfilling day in the field I returned home to start developing my films, as I anticipate a bit of a backlog in the near future, best to process what I’ve done now.  I process all my own black and white films, have realised that I was shooting so much colour process black and white film that it would be more cost-effective to do it myself.  For more of a back ground on home developing (and printing) have a look at Steve Fell’s article.