I’ve previously written about using the now defunct Efke 820 Aura Infra Red film.  When the factory in Croatia closed, I didn’t think much about it – more of a “ho hum” than a “Oh no!”  My logic being was that there are other infra films out there.  I opted to use use Rollei Infra Red film – which is rated at ISO 400, that with an IR filter makes it ISO 6 – slow, but twice as fast as Efke Aura.  Which when you’re using it for pinhole and applying the “Sunny 16” rule, makes for an exposure of about 5 minutes. 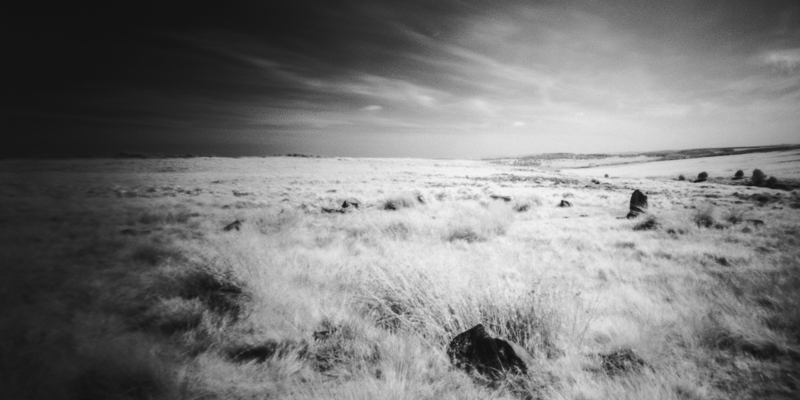 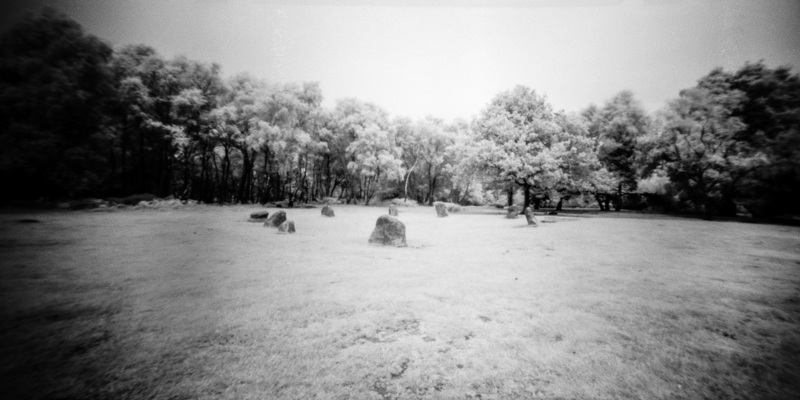 One of the things I didn’t consider when switching from Efke, is the lack of “Aura” effect in the Rollei Infra Red film.  Efke 820 came in two flavours – plain Infra Red and “Aura”, which added a soft halo effect around the subject. 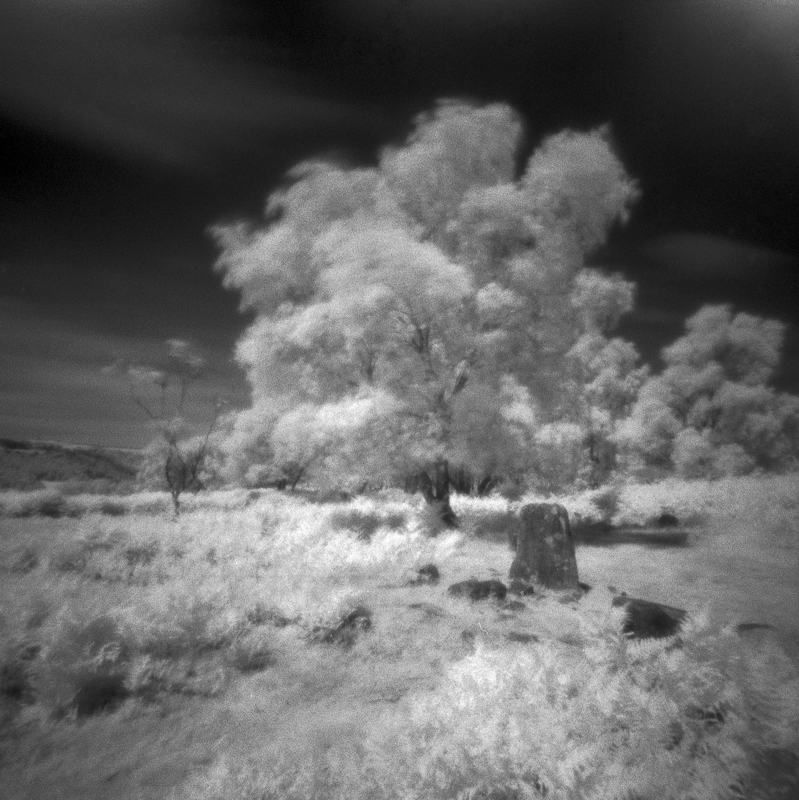 Having only developed two rolls of Rollei Infra Red film, I find it quite stark in comparison to the almost dream like Efke 820 Aura. 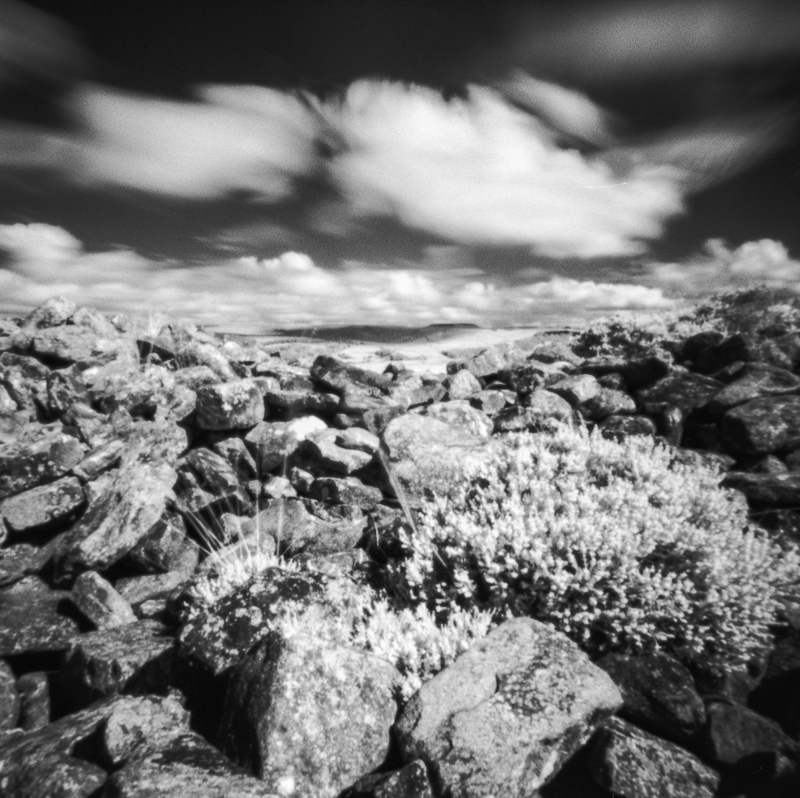 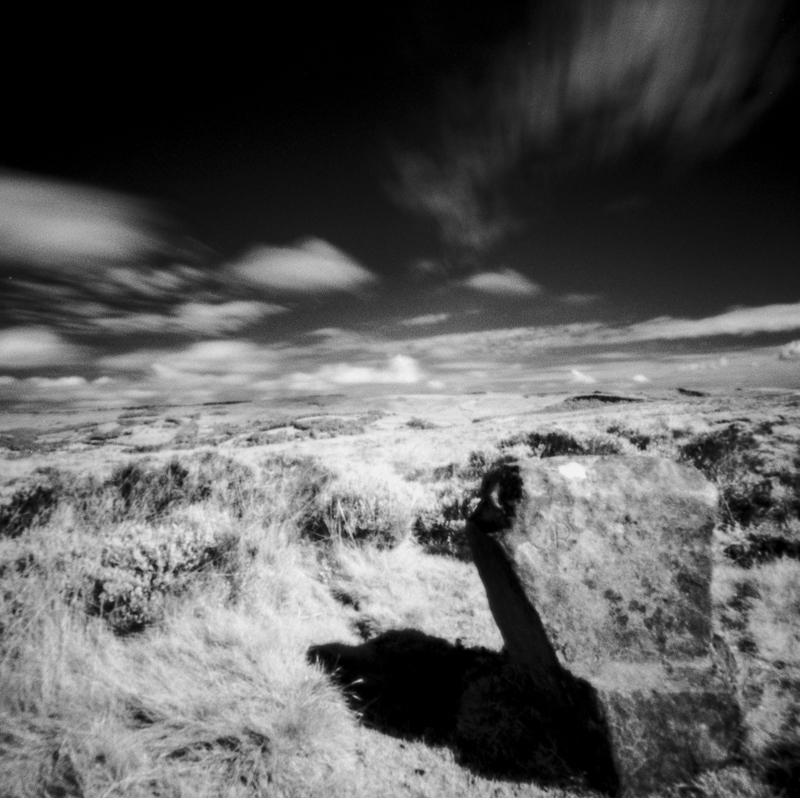 Rollei Infra Red film, seems to be quite contrasty which makes it quite stark, I feel, in comparison to Efke 820 Aura. 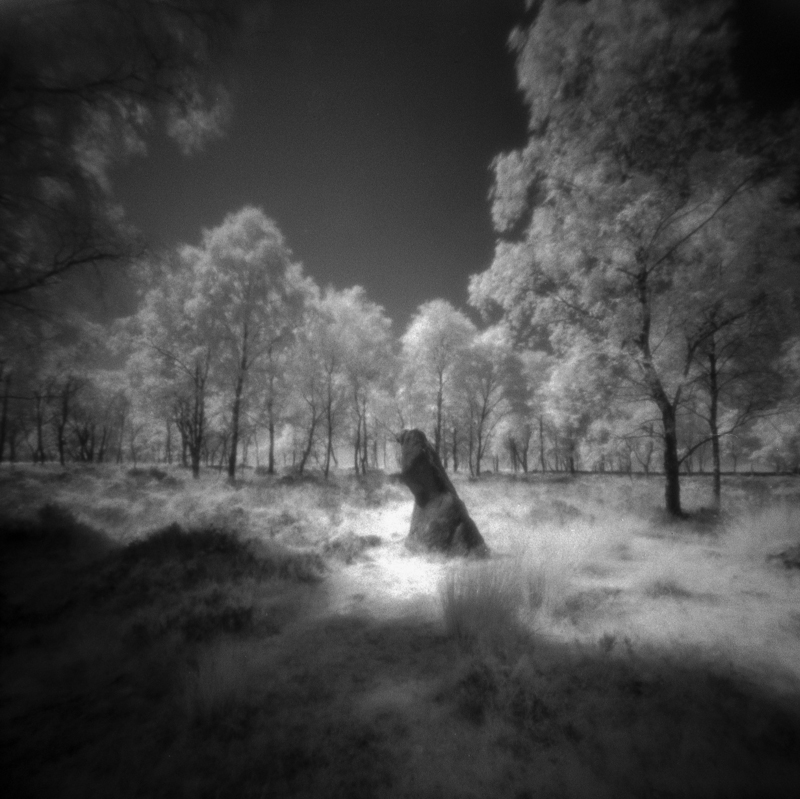 Beggars can’t be choosers with the ever decreasing choice of films, and I think I will miss Efke Aura, but perhaps not enough to make me pay the £14 people are wanting for a roll of 120 on Ebay at present, so I will have to persevere with Rollei Infra Red film.