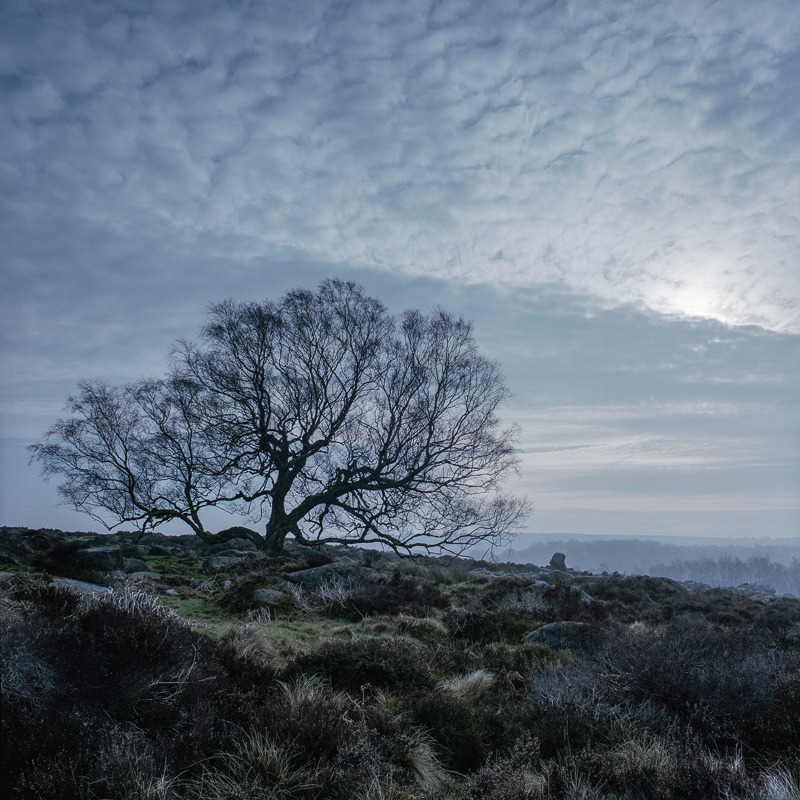 Lawrence Field in the Peak District lies in the space between the Surprise View Car Park and Padley Gorge.  It’s an unremarkable piece of moorland, save for the fact that there are iron age hut circles on the Padley Gorge side of the area and somewhere there is what is thought to be the remains of a stone circle (though I have yet to find it)!  Additionally leading up from the pack bridge at the top of Padley Gorge there is a holloway/pack horse trail that cuts a 15 foot deep trench across Lawrence Field as it winds it way up to the Surprise View car park.

Despite all this, and some trees with character, this area is often neglected in favour of the likes of Bolehill, Padley Gorge and Owler Tor which bound the area.

This photograph was taken early one morning as the mist receded and the dog looned around whilst staying out of shot! 🙂

Please feel to share this via the buttons on the left.