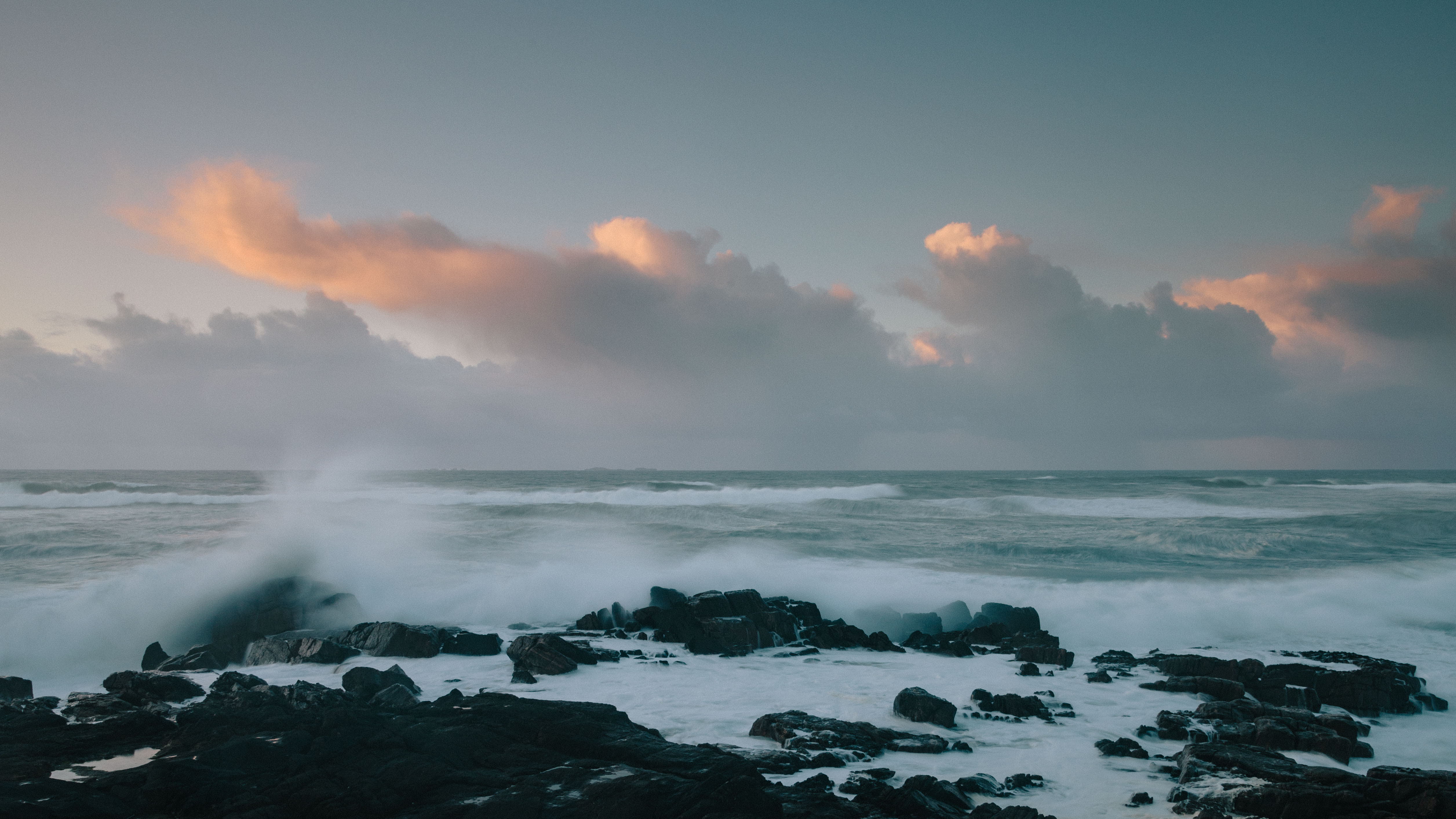 Having not been able to visit the islands of North and South Uist in the summer, I had vowed that I would go in the autumn to make up for that.  The Uists are my favourite islands of the Outer Hebrides (or Western Isles), as they are the least populated and don’t have the infrastructure that would support the commercialism of tourism (this can be a bad thing too, but for me big empty beaches and moor land have their attractions).    To get to the Uists you can either go via Skye and sail from Uig to Lochmaddy on North Uist, or as I did take the 3 and a half hour crossing from Mallaig on the Scottish mainland to Lochboisdale.  Out of season there was only 13 vehicles on the boat, which meant I basically had the boat to myself compared to sailing at the height of the summer season when you’d struggle to get a seat sometimes!

The plan this November was to spend 5 nights on the islands, with the two main objectives of walking up the hill called Eaval, which I have wanted to on a number of occasions, and to walk out to a pre-historic site near Sollas called Udal (which our cockapoo dog is named after).  As it was the weather was foul on most days, 50mph winds and driving rains – so going up a hill was scratched from the plan. 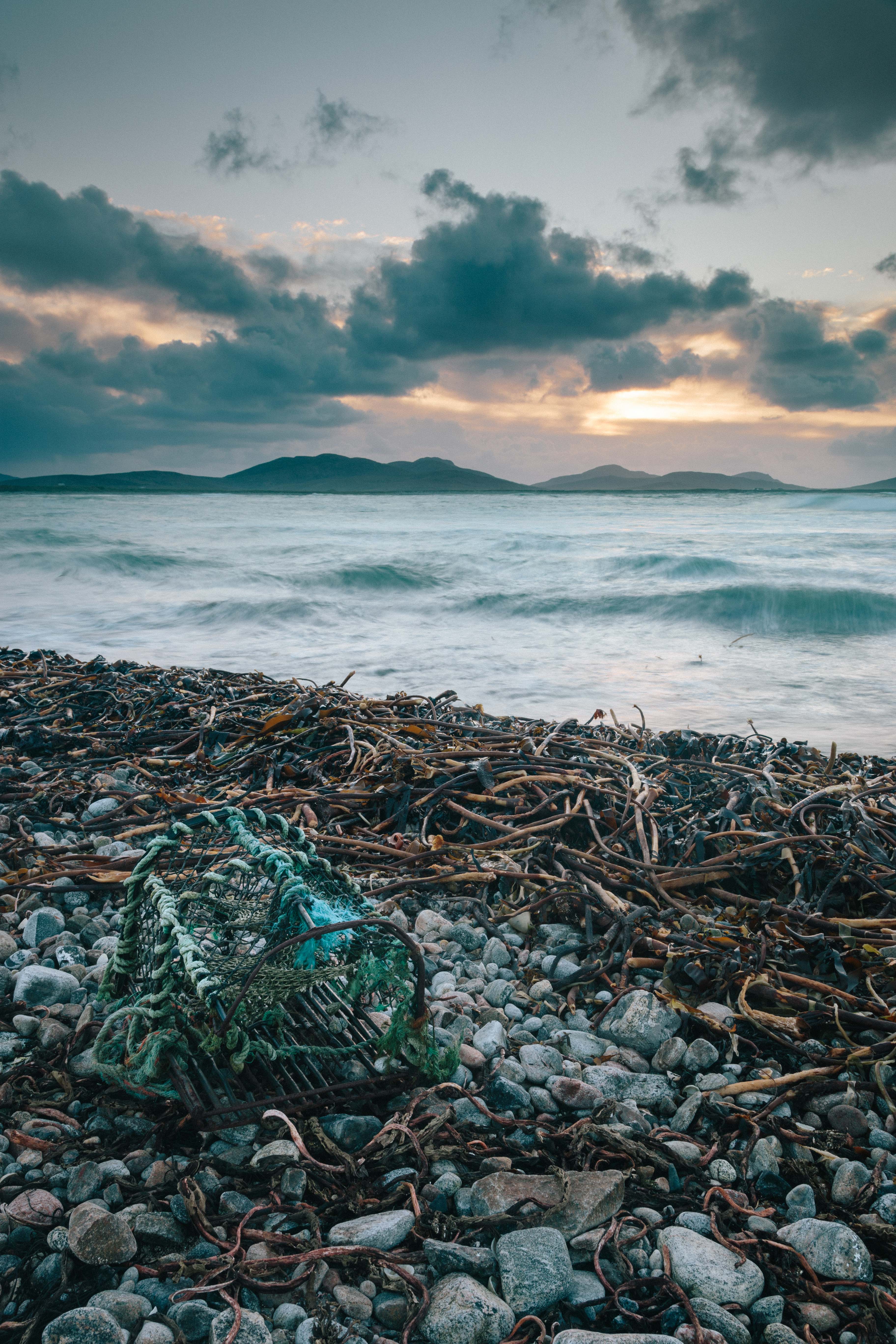 With the weather the way it was there was little opportunity for photography as the thought of continually drying out my kit in the campervan didn’t appeal.  So I sat in the van reading, drinking tea and wondering whether I should really be out there taking photographs.

That said, all in all, I’m actually quite happy with what I have taken, which all seem to be from the same day on the Uists.  Maybe not as many quality photographic days as I would have liked, but I am on the whole pleased with those photographs that I have processed. 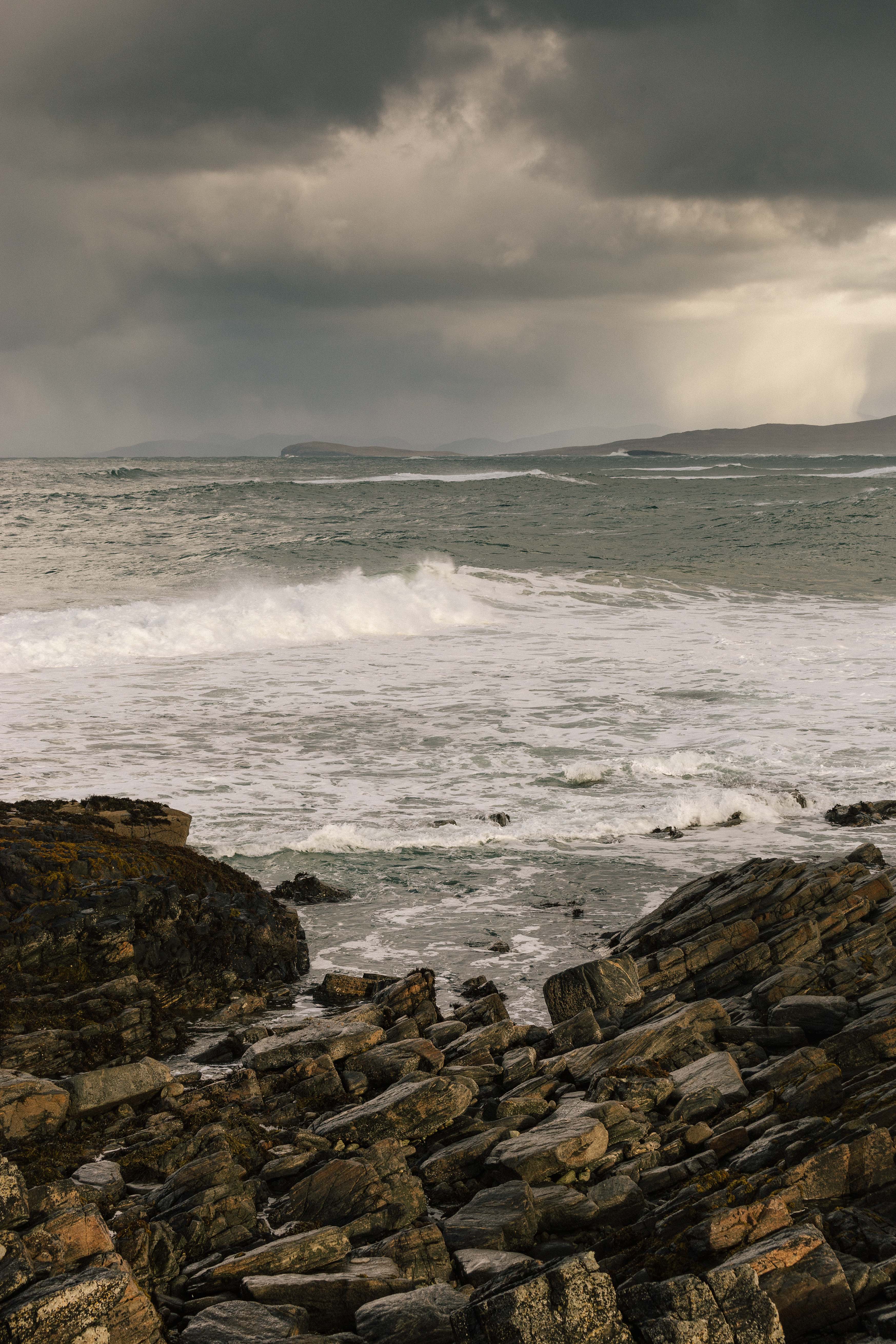 With the weather the way it was, I cut my trip short and came off the islands two days early, as the forecast wasn’t improving and there was a risk that I could get stuck on the island with the ferries getting cancelled due to the high winds. In the end on the boat I did take, the Master described the sailing as being “uncomfortable” and it was slightly alarming to see the crew fastening the larger vehicles on the deck down to stop them moving.  That said, I still managed to get my CalMac Macaroni Cheese and Chips (and keep it down) 🙂

To press the point, the trip wasn’t a wash out in the end (as I thought it was whilst I was away).  I went to places I hadn’t been to before on the islands, visited a place that is special to me (Udal on North Uist), saw the Northern Lights and took what I’d call a “grown up photo” (see last photograph) (I now have two grown up photos).

I guess the point, if there is one, is that I (you?)  have to appreciate the opportunities you do get and not regret the down time in between and use that time well whether that is just staring out the window watching the clouds scud by or catching up with a book and listening to music (my “find” of the trip was the band called “Tide Lines” and their debut album “Dreams we never lost”). 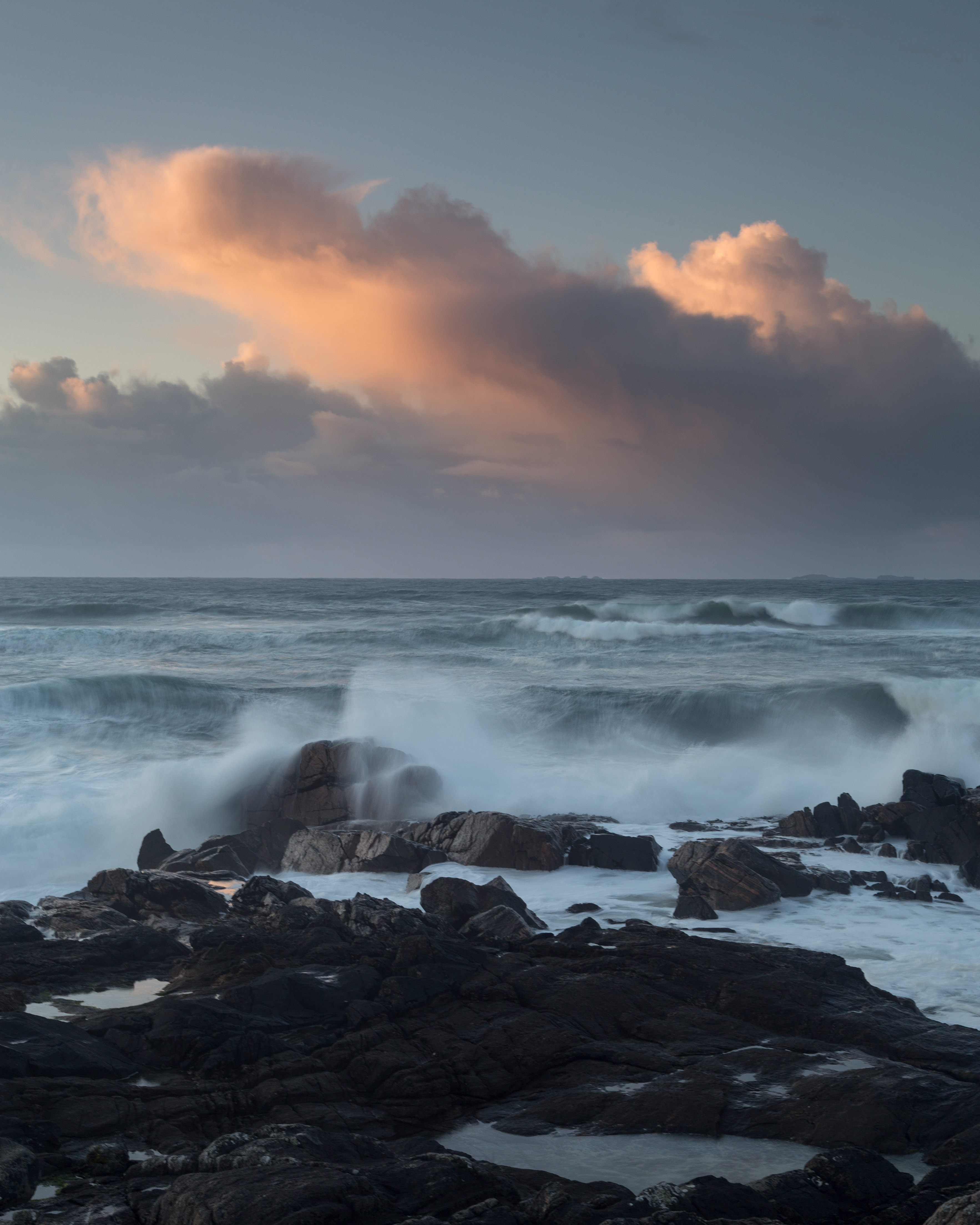 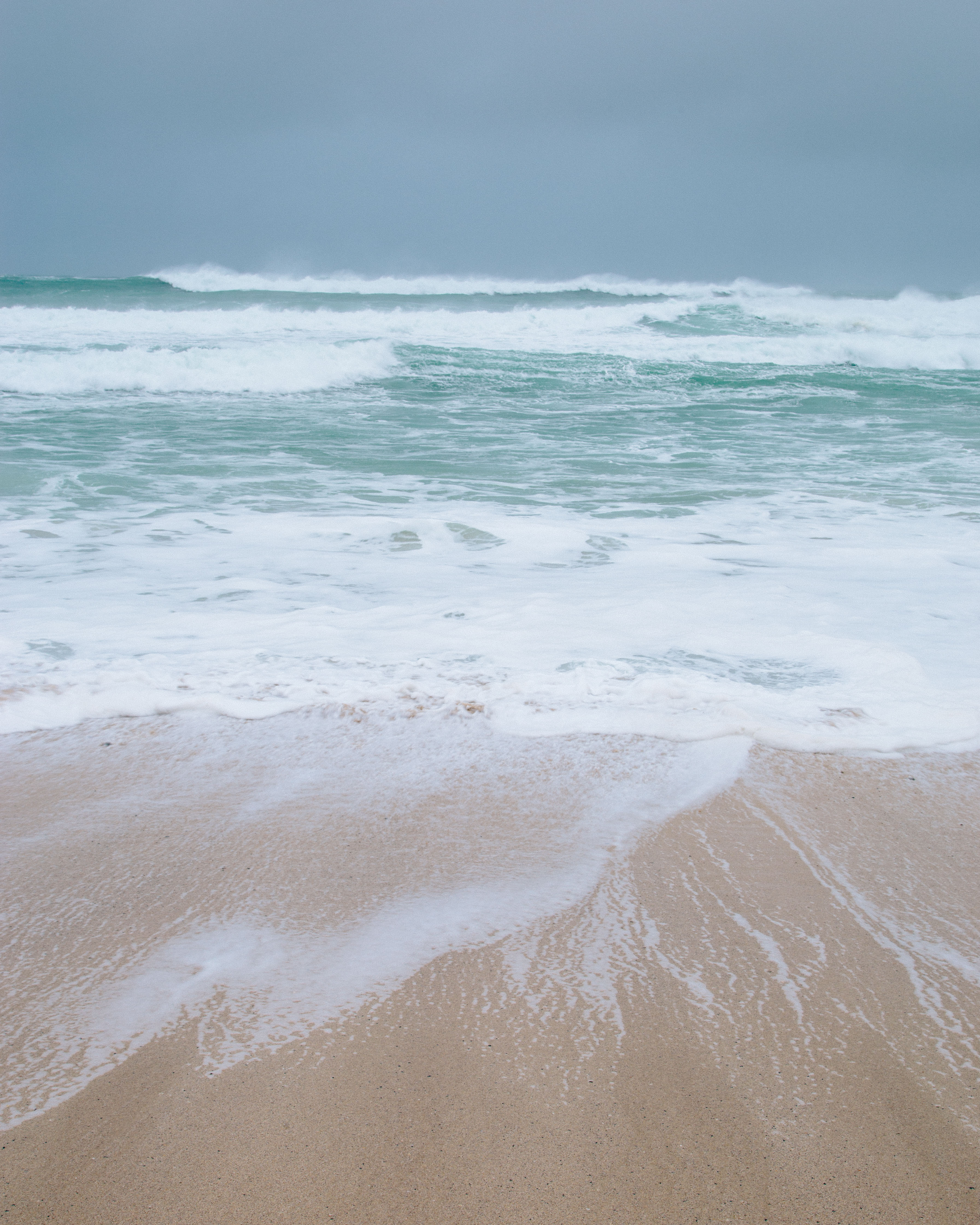 On the one clear night (it was still rather windy) when I was away, whilst Facebook was going mad about the Northern Lights, I was cooking in my van with my back to it (#doh).  When I did eventually look outside the best had clearly past, but I still managed to take a shot (not great, so its not on here).  What I did manage to do though was take a shot of the moon, and some blowing grasses, which have a very slight green tinge to them because of the Northern Lights.  As I said above, I count this as one of my two “grown up photos”. 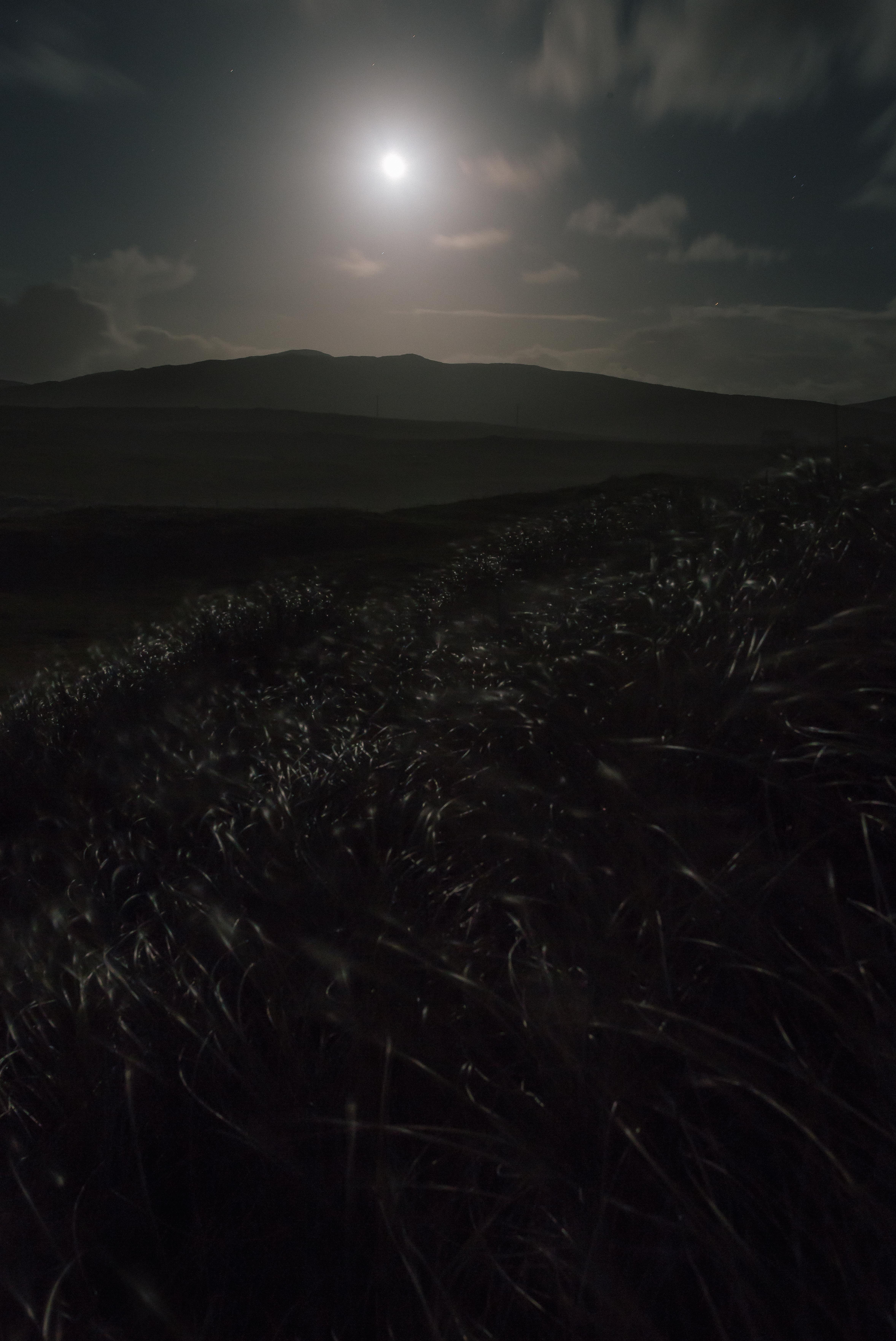